TO TOUBKAL AND BACK: A SLIGHTLY DIFFERENT WEEKEND GETAWAY – PART 2

Getting up early the next morning was no trouble at all – we just wanted to get moving to warm ourselves. By 6:30am we were dressed and eating breakfast, which consisted of breads, jams, and packet coffee (I decided to skip the tea, an unforgivable heresy). Since the sun was not yet up, we had to wait until 7:30am before it was light enough to see the path. I wore two layers of pants and socks, my boots, the same long-sleeve tee and jacket I had slept in, a wind-resistant outer shell, scarf, and gloves. Jacob dressed similarly, and we rented some spikes (cramp-ons) on advice from the refuge for the snow and ice. Our bags emptied except for water, snacks, and the spikes, we began the climb to the summit.

The stark cold coupled with the complete silence made for an eerie and unearthly setting- it felt as though we had awoken in another world. The crunch of our boots and deepening of our breaths became the only sound to break the morning silence. Not even the birds sang up here

We had to stop often, every twenty minutes or so, for water and altitude adjustment. When climbing at greater heights, it is always smart to periodically rest and take in air to avoid altitude sickness. Fit, unfit, it makes little difference if you have not done altitude training before (we had not), even at 10,000 feet. I developed a newfound respect for the world’s taller mountains, Everest chief among them.

About a third of the way up the mountain became mostly ice and snow, and we paused to attach our spikes. They pierced the slippery face with ease, keeping us balanced when sudden gusts of wind surely would have knocked us backwards, potentially to our death. I cannot imagine having made that climb without them. It was here on the ice that the temperature dropped well below zero, aided by the fierce winds. The rising sun still lay hidden behind the mountain peaks, and my hands, which to this point had remained reasonably warm, started to freeze. I breathed warm air into my gloves to salvage the mobility of my fingers, but the numbing cold always returned. The water in my bottle was turning to ice, so I moved it inside my bag hoping it would stay drinkable.

During one of our rests I was surprised to find two climbers passing us on their way down. Had they ascended earlier in the dark of the morning with headlamps? Had they camped at the summit overnight to see the sunrise? Either feat was impressive, and I nodded my head as they shuffled by. One of the two glanced quickly at me, his eyes acknowledging the hard task ahead and almost spurring me onwards

Once we completed the slippery slope we reached a ridgeline that would carry us to the top. The ice and snow lessened here, and we were able to continue without spikes. We were careful not to drop our attention, however, in case we slipped over the edge. A few hundred meters from the summit, we found ourselves at a lesser peak basked in the sunlight. Upon reaching it we were instantly reprieved from the vicious cold, but we did not linger there long as the end was now in sight. Freezing, drained of energy, out of breath, we trudged the remaining distance to the summit. 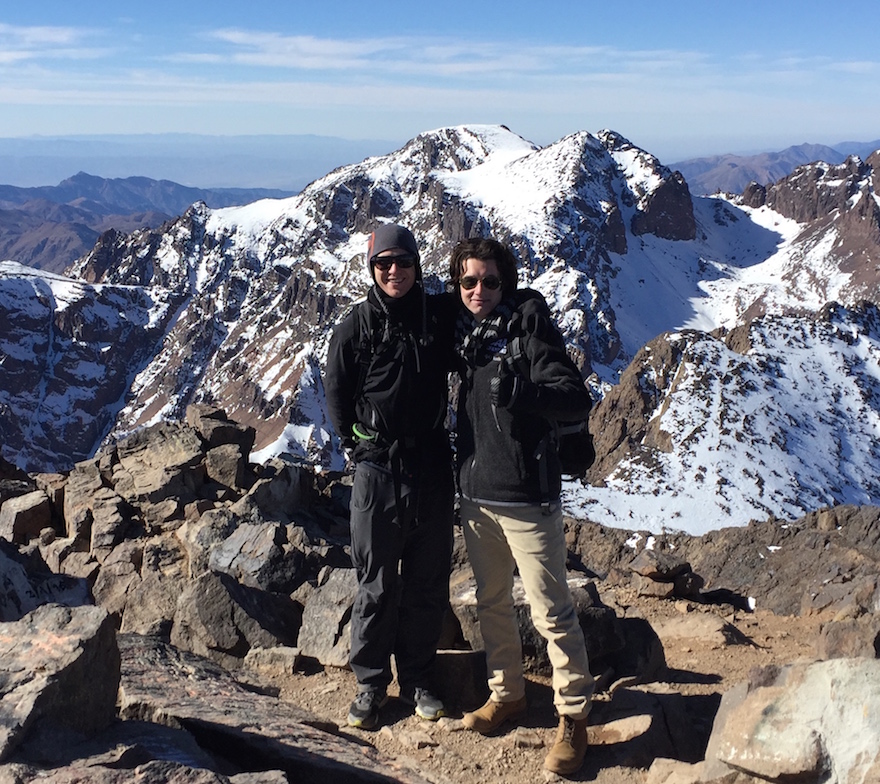 I sat down to recover, my muscles breathing a sigh of relief. To my amusement, a small bird pecked at the ground next to my feet, searching for some food source unseen to my eyes. How much simpler his journey up must have been! Life manages to find a way in the most barren of places.

Many writers will try to describe in great detail what they have seen, but I find words to be a feeble substitute for the view I witnessed on the summit of Toubkal. Sometimes the English language can be the most useful tool in the world, and sometimes it can fall desperately short of our needs. I plead the latter case; I cannot find the words to replace the feeling of being so utterly exhausted and looking out upon the earth with no obstacle to prevent my eyes from seeing as far as they wished. That feeling is a reward to be earned rather than an object to be captured in words or pictures. But we live in the 21st century, so I took pictures anyway.

We remained at the summit until the promise of warmth below surpassed our appreciation for the mountaintop view above. The descent to the refuge was rough on the joints, though nowhere near as difficult as the climb up. Some younger Moroccans, five or so, were resting after making virtually no progress up the icy slope as we passed them. They had no spikes, no water, very thin layers, and were wearing only Adidas tennis flats. I recalled a guide in Imlil telling us that every winter season groups like this one tried to climb Toubkal and sometimes never returned. Alive, that is. I tried to warn them in Darija, then in Fusha, then in French, and finally in English, but they seemed perfectly aware of their mission and insisted on seeing it through. I admired their persistence, foolish as it was, and hoped their journey would end safely down in Imlil and not falling off a cliff.

After stopping at the refuge to gather our extra items, we made the final push down to Imlil. The gradual descent was easy and enjoyable compared to the journey up, and within three hours we were back in the main village. In a dirt square at the entrance a grand taxi was preparing to return to Marrakech, conveniently with two empty spots left for Jacob and me. Soon we were asleep in the back as the taxi twisted along the road away from the village. I woke up occasionally from the driver’s swerving, each time looking back at the mountain as it grew smaller and smaller in the distance. It was bizarre to think that somewhere on those snow-capped peaks our footprints were now entrenched. I was happy to be thousands of metres below, warmed by the setting sun.

That night we toasted our success on one of Marrakech’s rooftop restaurants in the old medina. We exchanged a few laughs over dinner, but mostly we sat in the mutual silence of our weariness, made more potent by the sedative effects of having eaten a large meal. I lasted only a few minutes once we returned to the Rainbow Marrakech hostel before falling into a deep, well-earned, and (most importantly) warm sleep.

We arrived in Rabat on Sunday afternoon on a train from Marrakech. We each carried a backpack, a small duffle bag, and the shared gratitude to Toubkal for permitting our weekend adventure.

Andrew Mines is a student at the University of Chicago in America. He is studying abroad this quarter, based in Rabat. A version of this article first featured on www.MoroccoWorldNews.com. To read part one click here. 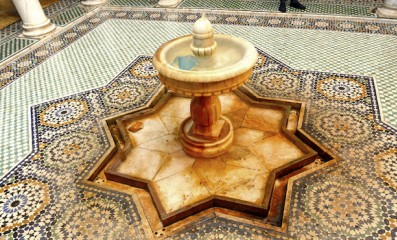 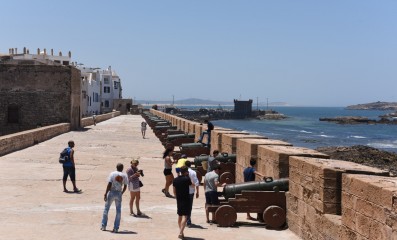 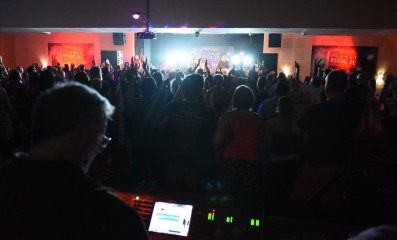