ON AN EPIC ROAD TRIP WITH MOWGLI ADVENTURES

Mention Morocco and most people think of ancient medinas, camel rides and colourful Marrakech. It conjures up images of stepping back in time, haggling for souvenirs and getting lost in the labyrinth of the local souqs surrounded by the aroma of exotic spices. Sure, it’s all there in the heart of Marrakech. The assault on your senses is everything you expect it to be. But there is so much more to Morocco. Much, much more.

My husband and I travel overland. We drive our own vehicle from one country to the next and have recently returned from a 3 month epic road trip in Morocco. To show you just how diverse this beautiful and exotic land is, here are just a few of the highlights and the most unforgettable moments we had along the way.

The Cool Blue City of Chefchaouen

Because it’s located high up in the Rif Mountains, Chefchaouen is a perfect escape from the heat of the lower lying cities of Marrakech and Fes. Chefchaouen’s medina is painted every shade of blue imaginable. It brings a sense of calm and coolness to the maze of narrow alleys.

We forgot to bring our guide book and although we didn’t intend to, it turned out the best thing we could have done. Getting lost in the peaceful streets of Chefchaouen’s medina is simply the best way to explore it.

The Roman Ruins of Volubilis

The Roman empire was vast and wide indeed! The Romans altered the landscape of this area of Morocco from the 1st century AD. The surrounding landscape was once a forest and because the Roman’s needed to feed themselves, they cleared the area for growing wheat. The ruins that remain today are impressive and have wonderful preserved mosaics and magnificent view of the surrounding countryside. Although a UNESCO site, we had the vast ruins all to ourselves.

On the outskirts of the tiny town of Azrou, the cedar forest in the foothills of the Middle Atlas Mountains is home to Morocco’s population of Barbary Apes. There’s no need to feed them or wander too far to see them. We saw them at the side of the road before we even left the vehicle. They’re such mischievous characters! We sat and watched them for hours as they groomed and played with each other hoping in vain that we would throw them a morsel of food. When they realised we were never going to feed them, the leader of the troop gave them the nod, and they retreated into the forest.

A Night With an Amazigh Family

Our next stop was the volcanic lake of Aguelmane Sidi Ali. As we arrived, a young girl appeared out of nowhere with a punctured bicycle tyre. As we repaired the inner tube, her father appeared carrying a tray of tea for us. His family of 5 live in a small Amazigh tent on the rocky banks of the crater. His daughter uses her cycle to go to school, some 5 km from home. He had no way to repair the flat tyre himself. With the bicycle fixed we were invited to share the evening with the family. We were taught how to weave rugs, how one tiny solar panel gives them just enough electricity to watch TV for an hour each evening and how to cook the best ever tagine. A truely unforgettable evening that no amount of money could buy.

The Sahara Desert is, without question, our favourite region of Morocco. It’s the largest hot desert on the planet and stretches across the north of Africa. If it conjures up images of isolation, oases, camel trains and arid sand dunes stretching as far as the eye can see then you won’t be disappointed.

We spent 3 weeks avoiding tarmac and travelled from the popular dunes of Erg Chebbi, across desert tracks to Zagora and further south to the isolated dunes of Erg Chigaga. We slept under a million stars every night, shared wonderful experiences with the locals, rode camels at sunset and watched the sunrise from the top of the dunes before breakfast.

Although not everyone will travel as we do, it is easy to arrange an excursion to the Sahara Desert from almost anywhere in Morocco. We can’t recommend having a Sahara Desert experience highly enough so you can create your own unforgettable moments.

Todra Gorge and the Dades Valley

Dades Valley is nicknamed the valley of a thousand kasbahs. It’s lush, green and a refreshing feast for our eyes after so long in the arid landscape of the desert. There’s a plethora of hiking opportunities in the area but, hey we kind of like off road driving and chose a fantastic trail between Todra Gorge and Dades Gorge. It’s a challenging drive, sometimes impassable after a heavy winter in the High Atlas Mountains. We checked with the locals before we set off who gave us the full rundown on the condition of the track.

One of the major attractions of travelling to faraway lands is indulging in local cuisines. We love to try authentic foods in authentic settings. I don’t mean the restaurants that are full of tourists. They usually offer menus that suit the western palate and at a price that suits the western wallet. The fishing harbour of Essaouira was perfect for us. The harbour, strewn with fishing nets, is used by both commercial and local fishermen. Here the fish are sold to the dockside fishmongers. Each morning, owners of the town’s restaurants chose the finest of the catch. The fishermen set about their daily chores, readying themselves for another fishing trip. The fishermen’s daily life is played out right there on the dockside. Watching fishermen unloading boats and repairing nets soon builds up an appetite so we ended our day sampling the freshest of the day’s catch right there on the dockside.

We covered a lot of ground on our 3 month road trip in Morocco. With mountains, beaches, deserts, roman ruins and imperial cities there is something for everyone. What we found most overwhelming though was the hospitality and friendliness of the Moroccan people. If you’re dreaming of a holiday in Morocco, I suggest you stop dreaming and starting planning. 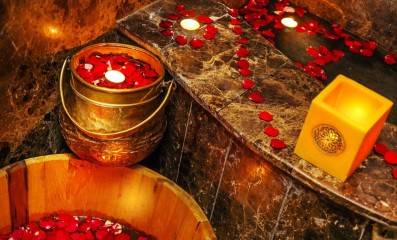 Morocco is the country of well-being par excellence 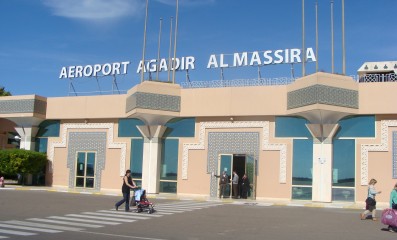 Arrival in Agadir of the first charter flight from Belarus 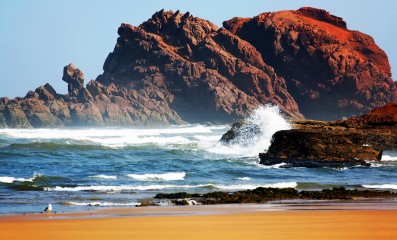 The 5 beaches that you must absolutely visit in Morocco